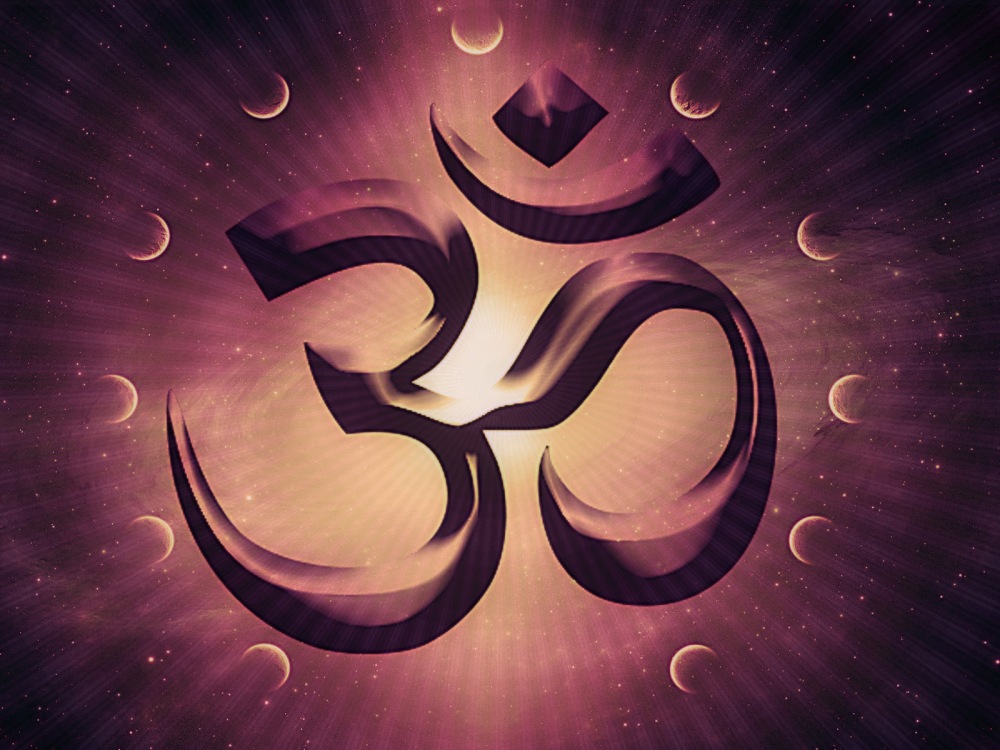 Primordial sound meditation is based upon chanting of Om or Aum, the eternal syllable.

The Upanishads state that Om is the primordial or the ‘first’ sound of the universe(big bang) generated by the cosmic vibration that resulted in all creation. It is the supreme absolute and runs through the prana.

Paramhansa Yogananda, the author of all time best seller “Autobiography of a Yogi”, who popularized kriya yoga in the West, called Om, “The creative voice of God, the vibration of the cosmic motor.”

To recite Aum Open you mouth and speak ‘O’ or ‘AU’ loudly, the ‘M’ spoken loudly with lips closed to it reverberates internally.

The first half of ‘O’ or ‘A’ starts in the chest at the anahata chakra, moves upward with the second half of ‘O’ or ‘U’ to the vishuddha chakra in the throat and ends with ‘M’ vibrating the ajna and sahasra chakras in the head.

Two ways in which you can practice primordial sound meditation are: 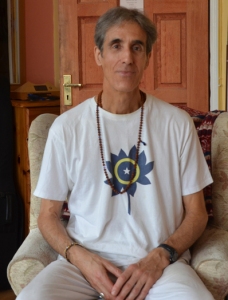 Steven mentioned a very simple way of practicing Om meditation in his “The Yoga Book”.

Finally, be still and meditate on the spiritual eye (the point between the eyebrows).

Surrender yourself to the vibrations of Om and feel your awareness expand. 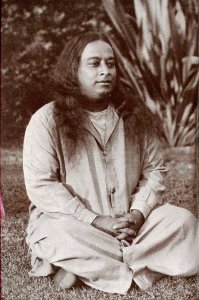 The author of the bestselling Autobiography of a Yogi illustrates how to do primordial sound meditation in a yogic way.

Keep a small bench to support your elbows if you feel tired. It is important that you keep your ears and eyes covered at all times while doing this meditation.

In time, you will start to discern the physical vibrations first followed by the astral vibrations and then finally the sound of Om resonating like a mighty ocean.

What are the different vibrations that one can expect to hear?

Different cerebra-spinal centers or chakras emit different vibrations. For example, the coccygeal (mooladhara) chakra at the base of the spine emits a humming sound. The sacral centre or the swadhishthana chakra has a flute-like sound. Lumber centre (manipura chakra) sounds like a harp and the dorsal centre (anahata chakra) has a bell-like sound.

Cervical (vishuddha chakra) sounds like rushing water and the medulla oblongata (ajna chakra) is the symphony of all sounds together.

Do this meditation for 10 minutes in the morning and for 20 minutes before sleeping.

Regular practice will instill in you a deep calmness and great intuitive ability, which in turn will help in dealing with life situations better. 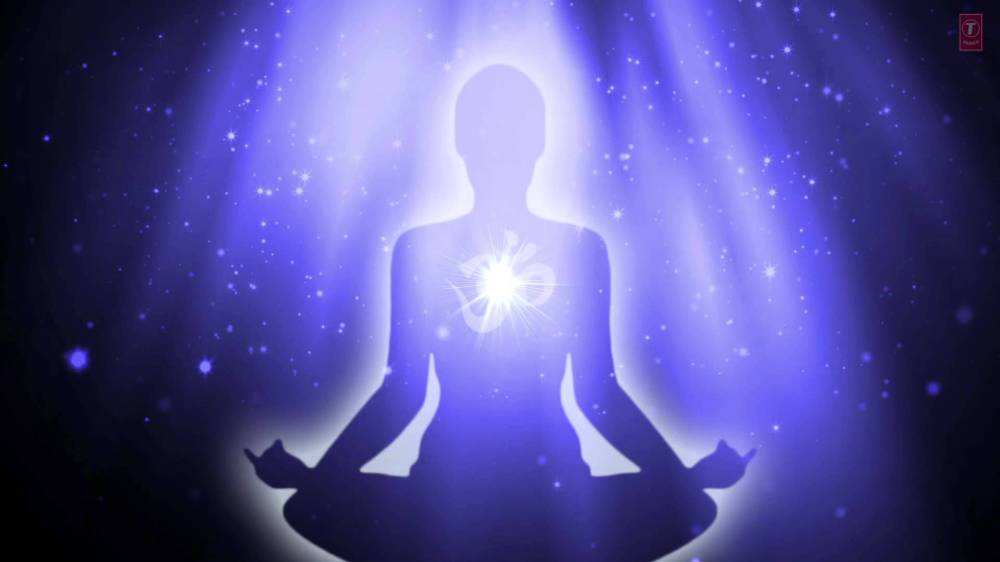 Some Guidelines For Meditation Preparation

Begin your meditation with:

Primordial sound meditation, like all other meditations, needs to be done effortlessly without taxing yourself either physically or mentally.

If while meditating your thoughts drift, gradually pull them to your chant and continue to chant for the entire duration of meditation.

Do not to force yourself into chanting the mantra in a set fashion or at a certain pace. Let the tempo of the mantra flow naturally – it may be long or short, fast or slow, loud or soft.

Do not resist any thoughts that may flood your consciousness and distract you from the chanting. Let them come and go.

Just be one with whatever you experience.