Lately grains have become a controversial food in modern society. The real problem with grains are the recent researches which claim that a huge number of food allergies, digestive problems and auto immune diseases are a direct consequence of wheat consumption.

Whom should I believe in

May be both, as we might not be eating the same grain which our forefathers ate.

Grains have changed the way they used to be

The modern day roller flour mill was invented in 1872.  Before this time, grains were ground in whole form, and the flour contained all the components of the whole grain. With the dawn of the modern mill, it was now possible to separate the parts of the whole grain and use just the starchy endosperm to create an inexpensive and very finely ground white flour (similar to most flour used today).

Without the bran and germ, these new refined flours lasted longer on the shelf but contained much lower levels of nutrients. Along with the reduced cost of flour from the newer and more efficient method of refining, flour was now available and affordable to almost everyone. This ease of production increased the amount of flour consumed. Various food were designed around the wheat flour resulting in further boost of its consumption. This wouldn’t have been as big of a problem on its own, until…

Agronomists developed new variety of wheat that are what we know as wheat of today.

This modern wheat is a kind of dwarf wheat that was developed in the 1960s to increase the amount of wheat that could be farmed per acre. Unfortunately, this wheat was also much less nutritious and came with a list of potential problems.

Studies reveal that between 1843 and the mid 1960, the mineral content, including zinc, magnesium, iron, and copper, of harvested wheat grain in the experiment stayed constant. But after that point, zinc, magnesium, iron, and copper concentrations began to decrease – a shift that “coincided with the introduction of semi-dwarf, high-yielding cultivars”. Another study found that the “ancient” wheats – emmer, spelt, and einkorn – had higher concentrations of selenium, an extremely important mineral, than modern wheat. Further compounding the mineral issue is the fact that phytic acid content remains unaffected in dwarf wheat. Thus, the phytate:mineral ratio is higher, which results in poor absorption of the already  reduced minerals contents in dwarf wheat will make the already reduced levels of minerals in dwarf wheat even more unavailable to its consumers. 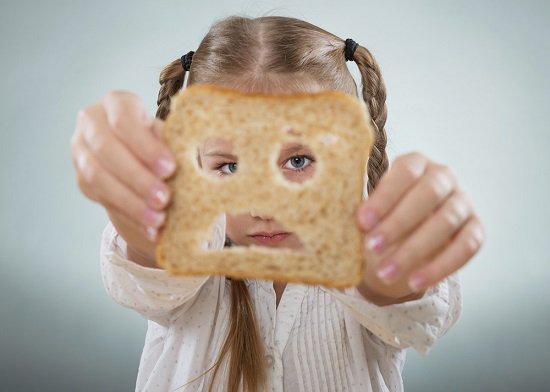 Way we consume grains have changed

Grains and flours we consume today are fundamentally different from the ones our grandparents and ancestors consumed,  our way of preparing them for consumption has also changed. This according to recent studies  explain the increasing rates of allergies and digestive intolerance problems with grains.

Earlier in the era, grains were traditionally prepared by different methods like soaking, sprouting and fermenting. Sprouting and fermenting leads to several beneficial effects. It increases the amino acid lysine, reduces anti-nutrients (like phytic acid and lectins), disables enzyme inhibitors and makes nutrients more accessible to the body.

In the name of convenience, we’ve largely stopped using these traditional preparation methods, further reducing the amount of nutrients we can obtain from grains and flours and potentially increasing the amount of phytic acid we consume

A through  look at the changes in grains from the invention of the modern flour mill and the high-yield dwarf varieties cultivated in the 1960s, it does not match up with or explain the drastic rise of grain-related allergies and intolerance in the last two decades… however the undermentioned causes can be the trouble makers.

Over the years we have seen a gradual increase in the use of pesticides and chemical manures.  The extreme use of chemical on wheat crops in 90’s and beyond has done more damage than ever before. Wheat when exposed to a toxic chemical like glyphosate,  releases more seeds resulting in a slightly greater yield: “It ‘goes to seed’ as it dies. At its last gasp, it releases the seed” says Dr. Seneff, of MIT who studied in-depth the toxicity of wheat and its affect on human body.

The timeline of wheat and gluten related intolerance matches with the time since wheat crops are being bombarded with  glyphosate and other pesticides which may be partially to blame for the rising rates of celiac disease, comparing the increased incidence of celiac with increased glyphosate use.

Other than the above challenges with modern grains themselves and the way they are cultivated, processed and consumed,  there are several other (possibly inadvertent) effects of our grain consumption.

Too much intake of wheat reduces the intake of other foods like vegetables, fruits, nuts, meats and alike.

Refined grains can spike insulin levels, our increased consumption may be partially to blame for the rising rates of diabetes and obesity (though of course other factors come into play here as well, like sedentary lifestyles etc.).

A vast majority of all processed foods contain wheat, which makes sense because its  inexpensive, shelf stable, and easy to manufacture. Unfortunately, we are consuming these foods in higher amounts at the expense of foods like vegetables, healthy proteins, and beneficial fats.

More grains and less of other foods means that we are also statistically consuming fewer of the varied nutrients found in varied foods.  We already know that modern grains have a diminished nutrient content, to an all time low and its almost impossible to supply body’s need of nutrients from food alone.

Food experts suggest that micronutrient deficiency may be a large contributor to many types of modern disease as we simple aren’t able to obtain enough micro-nutrients from our food supply. As grains are a large part of the modern food supply but a low source of nutrients, they are contributing to this problem.

Our guideline for healthy living

In case some of you suffer from celiac diseases, autoimmune diseases like Hashimoto Hypothyroiditis, food allergies and other general health problems, here are some guidelines you may choose to pick:

Our choice of foods define our quality of life. Remain judicious in choosing what you eat. Remember its a healthy body which makes a difference in our rightful living.